This is one of the first dungeons you have access to at level 40 or if you travel to the opening yourself at lower levels. This is located at the Northeast part of Glendumbra map as shown below left.
The bosses are marked on the map below right with their names and locations. I shall explain their mechanics as well as what you should and shouldn’t do while facing them. 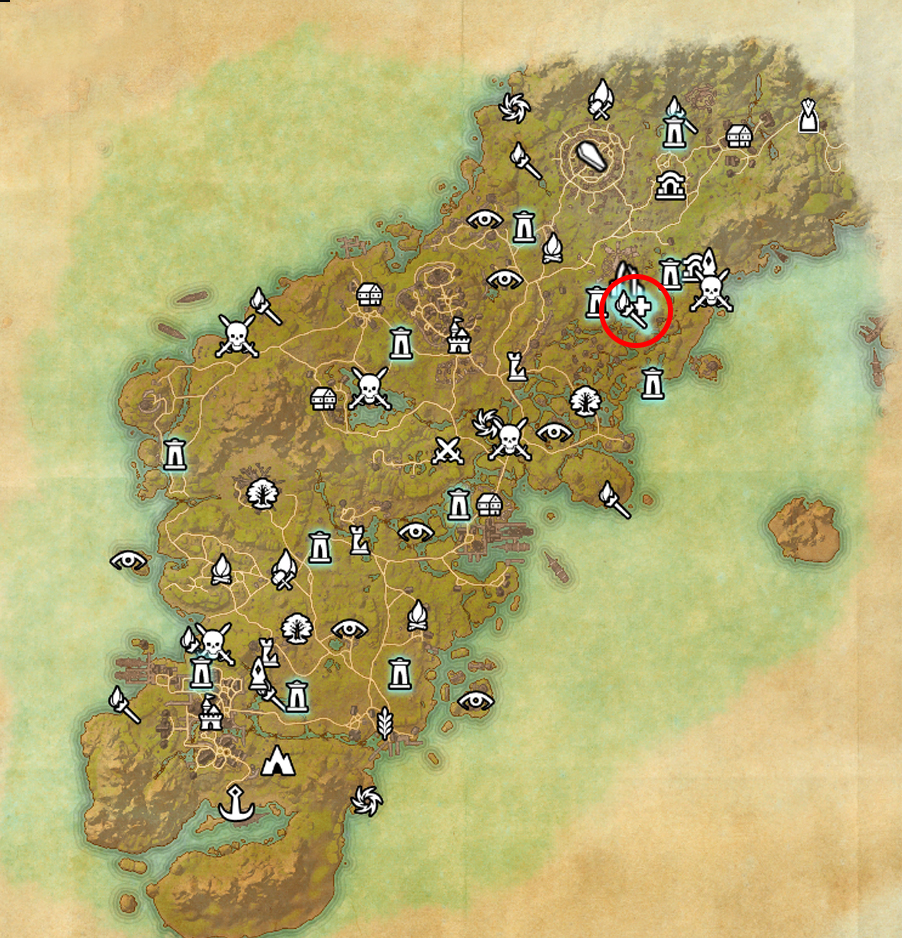 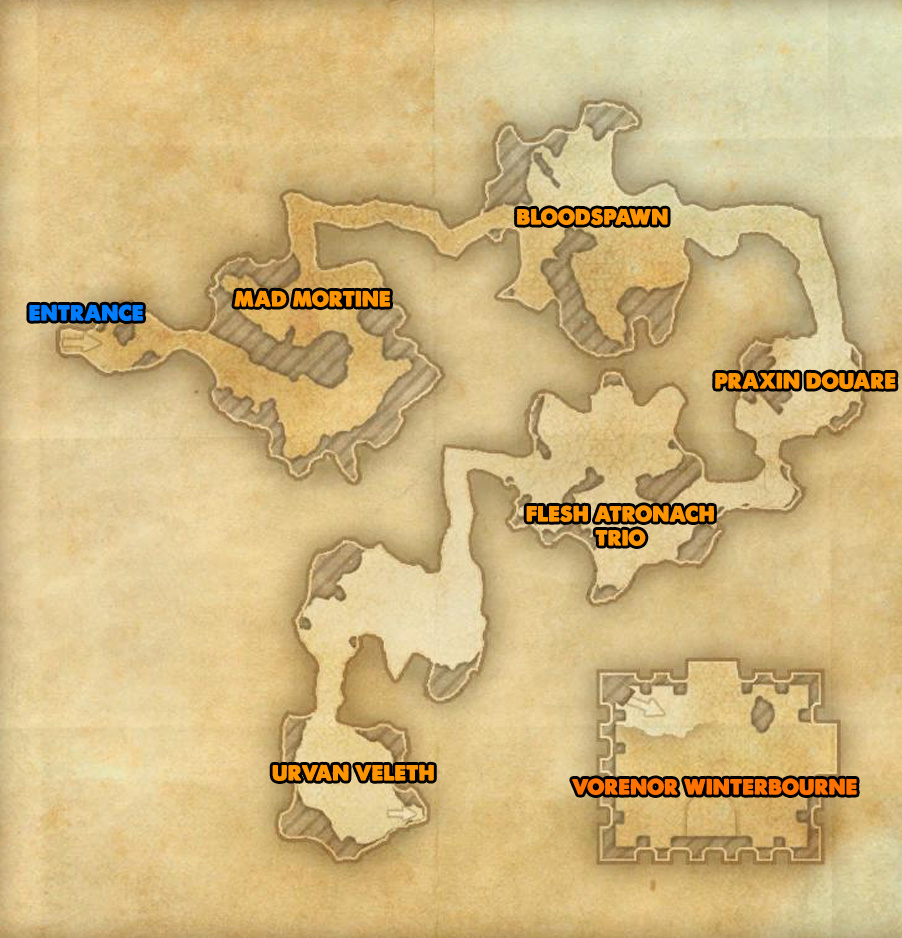 This Particular fight is pretty basic and for the tank is really easy, taunt the boss and turn it away from the group. BUT initially there are a LOT of adds, so the tank will have to make sure these are controlled quickly and the group needs to make sure they do NOT run around the room crazy else they will disperse and it becomes a pain to pull together again. Don’t run away! If you get chased by adds, bring them to the tank.

Flurry – The boss will hit repeatedly for a couple of seconds RAPIDLY aiming at the player with agro (this should be the tank) you must block this attack while it is channeling or you will take HIGH damage! This is also a frontal aoe so if you are a dps or healer do NOT stand in front of this or it will end for you quickly.

Jump – The boss will wind up a heavy attack and jump in the air at whoever has agro (should be the tank). Whoever the boss jumps at must block this! It is not a ranged jump it is literally an up and down jump at point blank range but it CAN cause problems, so stand still, block and all will be fine. Do NOT run away. 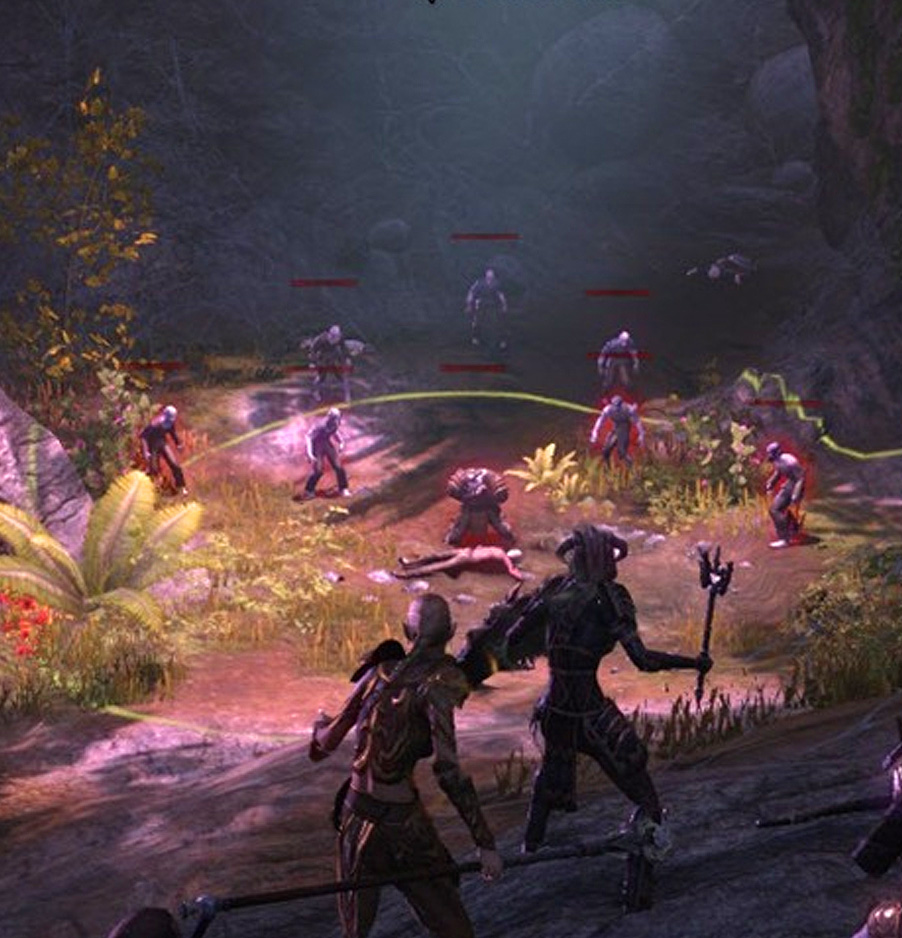 The tank should hold the boss completely still and not move. The dps/healers should always stay behind the boss! This is a simple fight if people pay attention.

Heavy Attack – Bloodspawn will wind up a rather large heavy attack, this is very simple, keep agro on the boss and be sure to block it. If you do not block it you will take high damage and be knocked backwards. This makes the fight last longer because you will be chased by the boss and he will leave whatever ground damage is underneath him, meaning the dps have to unnecessarily reapply damage abilities that should already be doing their job.

Flurry – Occasionally the boss will throw out a flurry attack, this doesn’t do TOO much damage to a tank, doesn’t apply any knock down but can be blocked.

Slam – During the fight periodically the boss will slam the ground and make rocks fall from above, blocking the exits and filling from the outside in. A basic heal will keep you alive in here so focus and keep doing what you are doing. DO NOT run around the room, the rocks will one shot you. Stand still and focus. The longer the fight, each phase the room will get more and more filled with rocks until you eventually have no where to go and die. 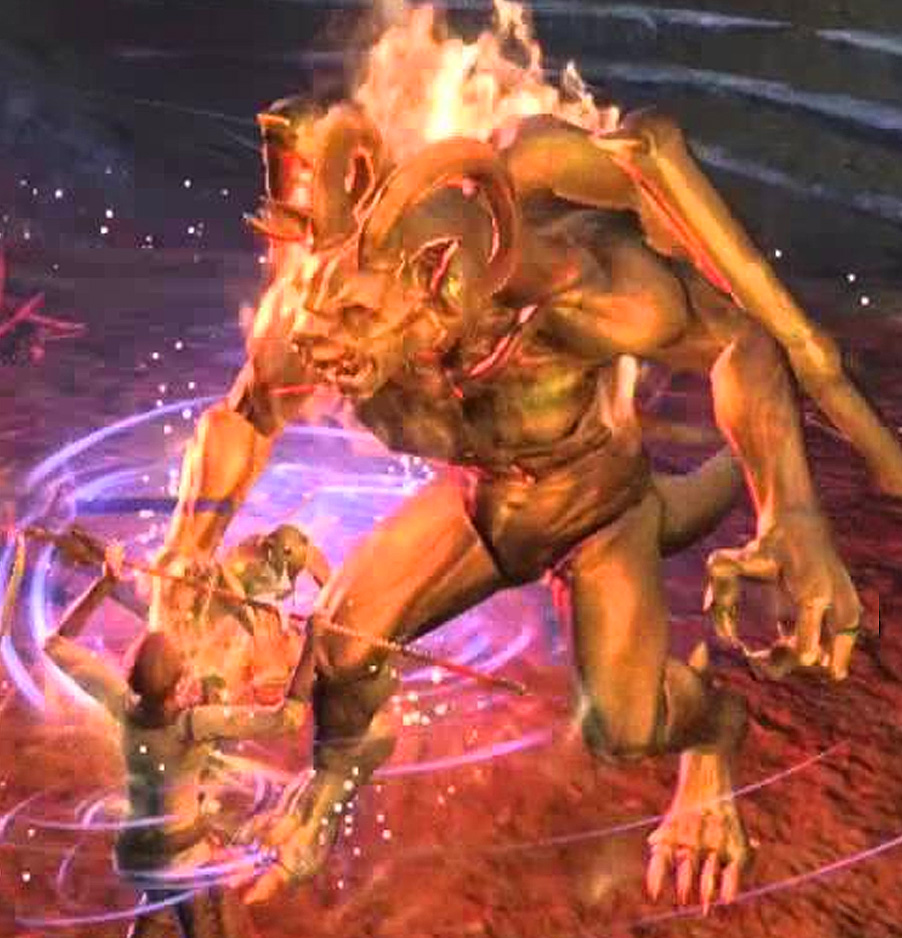 This boss is a tricky one and a PUG killer. You will have many phases here but you MUST pay attention. Before the boss is able to be killed you must fight waves of enemies you fought in Spindleclutch I. Then the boss will transform into a wraith and the real fight begins. Do NOT run around the room, you will kill each other. The tank needs to grab each wave of enemies focusing the main boss type enemy while the group burn them down per phase, then once all are over, the tank should meet the boss and turn him away from the group…

Phase 1 Spiders – A large wave of small spiders, these can be killed fast with aoe as they have low health. Tank should pin these in place.

Phase 2 Swarm Mother – Big spider boss from Spindleclutch 1, the tank should taunt this and hold agro of the smaller spiders while the group kills it and burns the adds with aoe. Note: this boss can be repeatedly stunned.

Phase 3 Rabu and Widowmaker – Both mini bosses at once here. The tank needs to grab the two bosses fast and hug them up. Make sure you chain in the healers asap or the fight will last too long and the next phase will overlap. The dps need as much aoe as possible while interrupting healers and such along the way. Kill this phase fast but i would NOT recommend using ultimates at this stage, save them for the next phase.

Phase 4 Whisperer – The old main boss from Spindleclutch 1 , kill her fast, the tank should turn her away from the group, you are free to use ultimates here if you wish. Timing is of the essence now as the boss is about to transform and be ready to fight. If you are not fast enough you will have to deal with both. Doable, but why make it difficult right? kill her fast and then move onto the boss.

Trident – During the fight periodically the boss cast a ground place forward moving trident type affect along the floor. If the tank has the boss faced away from the group this should only hit the tank BUT if it does aim at the group, get in the gaps to avoid it! Not avoiding it can result in a one shot.

Drain – The boss will occasionally curse a member of the group, when this happens their resources will be drained to all hell. Get those heavy attacks in or you will be running with zero resources!

Ring Of Death! – One player will be selected during the fight at random periodically. This player will have a pink ring of death placed around them and it will MOVE in a random direction. If you are inside of it, move with the circle and do NOT touch the edges…if you are OUTSIDE of the circle, do NOT TOUCH IT.
In stay in, out stay out! Failure to follow this simple rule will result in a guaranteed ONE SHOT! 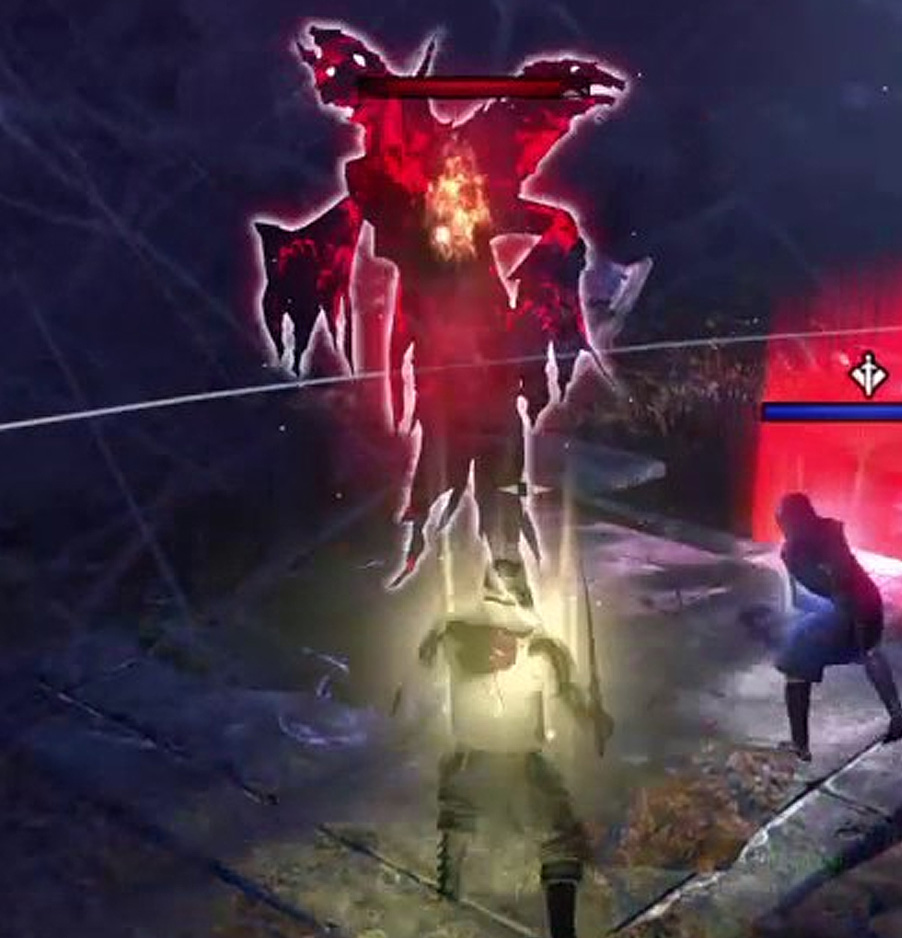 This boss is very simple and actually has a similar mechanic type to the Transmuted Alit in Darkshade caverns II but with a twist. The tank should grab all 3 and face them away from the group while maintaining taunts on all.

Heavy attack – Each one of the atronachs can heavy attack, these must be blocked or things will get messy FAST!

Focus as much aoe as possible as a dps while evening out single target dps per target and this should not be a problem. Their health is not that high BUT if the enemy turns on you as a dps or healer, be sure to block the heavy attacks and NOT run around the room while the tank attempts to regain agro. 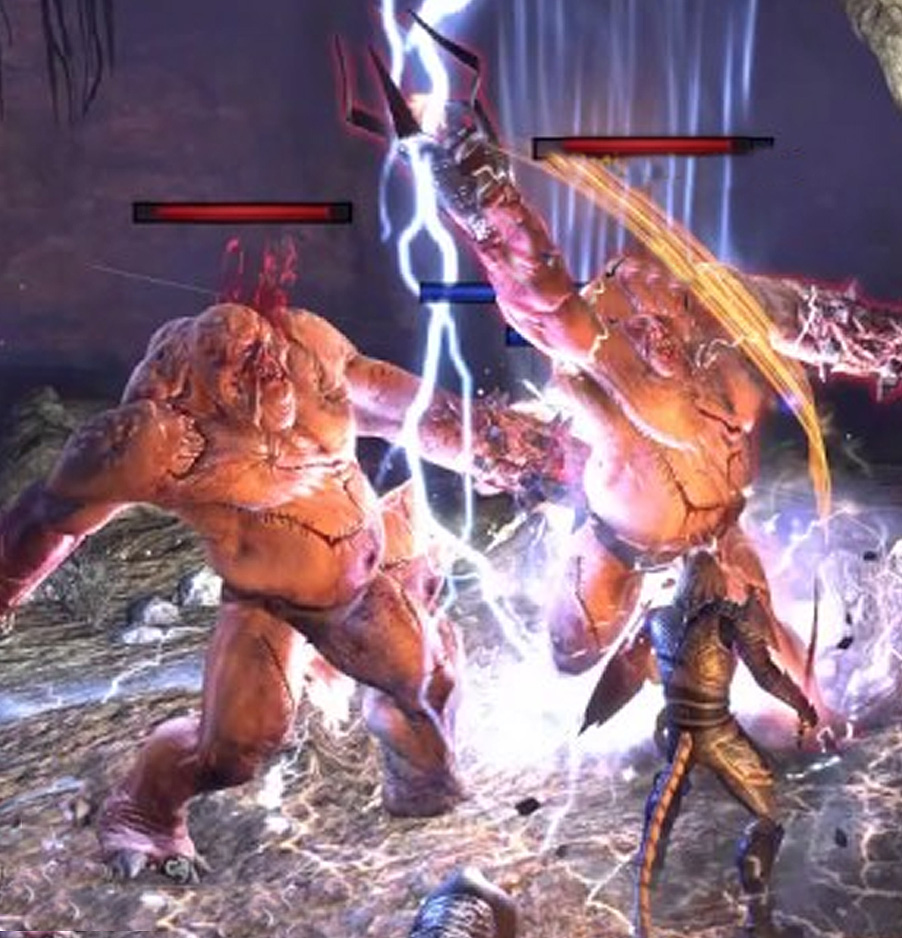 This boss is relatively simple but you CAN get overwhelmed if you do not deal with the adds fast! The boss has 4 specter/ghost type archers with him. The tank should taunt the boss of course but also try to control the adds so the group can kill them. You MUST focus the adds ASAP as they deal a lot of damage and drop Dragonknight standards!

Heavy attack and block – The boss will occasionally heavy attack in the form of a backhanded shield slam. This will knock you down so whoever has agro(should be the tank) make sure you block it!
Also close to this phase the boss will BLOCK. DO NOT heavy attack during this phase because if you do (with melee weapons) you will bounce off his shield and go off balance and he will hit you really hard.

Blood puddle – The boss is a vampire and has the drain ability as expected BUT this one is a little different. The boss will sink into the ground into a blood circle/puddle and chase whoever has agro around. The fast you run the faster he gets so do NOT run. While it touches a player it will do damage and the damage done will heal the boss. As the tank or ANY player, you have two choices. Block and move slowly in a small circle (his speed will match yours and you will mitigate/avoid the damage) OR if you are a tank you can stand still and hold block. Because you are mitigating damage, he heals LESS, he heals as hard as he hits.
When he comes back out of the ground he will INSTANTLY fire a heavy attack, stay blocking! 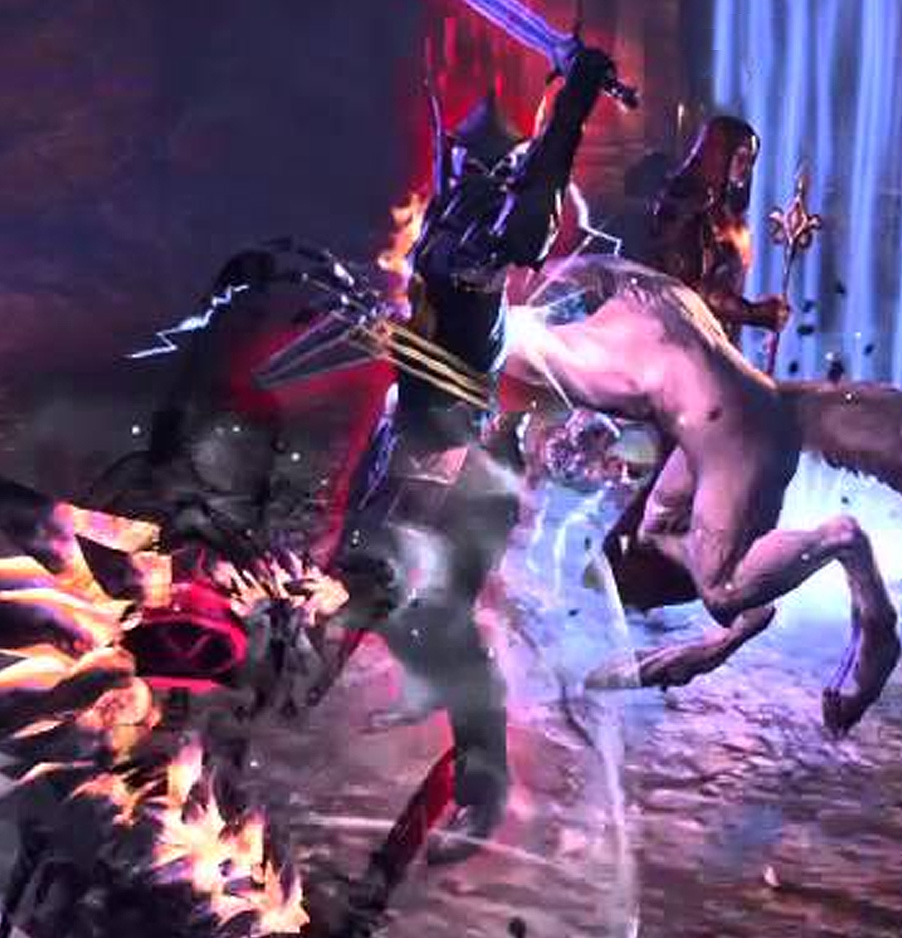 The final boss in Spindleclutch II is quite possibly the EASIEST hard mode to complete in the game. No scroll required only a “condition”. There are sacrifices around the room, so long as they don’t die from the boss, or you don’t kill any. Hard mode complete. Believe me, i have NEVER seen one die…
The tank should hold the boss in the middle of the room and the group should find their own individual space behind the boss away from each other by a few meters ready to avoid incoming ground aoes.

Drain – Pretty simple stuff, the boss will drain health from the sacrifices around the room and channel a heal from them for a few seconds. During this phase simply keep hitting him, it is only if the fight goes on too long that this heal gets stronger. Keep taunt on him and keep hitting him.

Blood circle – he boss will occasionally raise his hand to MID height and face the target he has selected (hence why you have your own space each) once you see who the target is you can predict the position of the incoming ground placed aoe. Once this aoe lands, step OUT of it immediately. This deals high damage but is tiny in size so avoiding it is easy, just step, don’t run!

Teleport strike – The boss will raise his hand HIGH up and this means he is about to teleport strike. He will go from one member to the next until he has jumped to every member of the group and then reset back to where the agro comes from(should be the tank). When this happens, every group member should block until each member has been hit and then go back to normal again. It is a simple mechanic to follow, but low health players or low resists/cp players WILL die if they don’t block.

Health drain – he boss will occasionally single target health drain the tank (or whoever has agro) this is a small damaging ability and he gains minimal health for hurting the target. This mechanic is generally not even noticed because it is so weak, at this stage so long as it is the tank being hit it wont be a problem.

Simple fight, simple hard mode, stay in formation, block the bad stuff, stand OUT of stupid. Don’t panic, don’t run around the room and all will be fine. 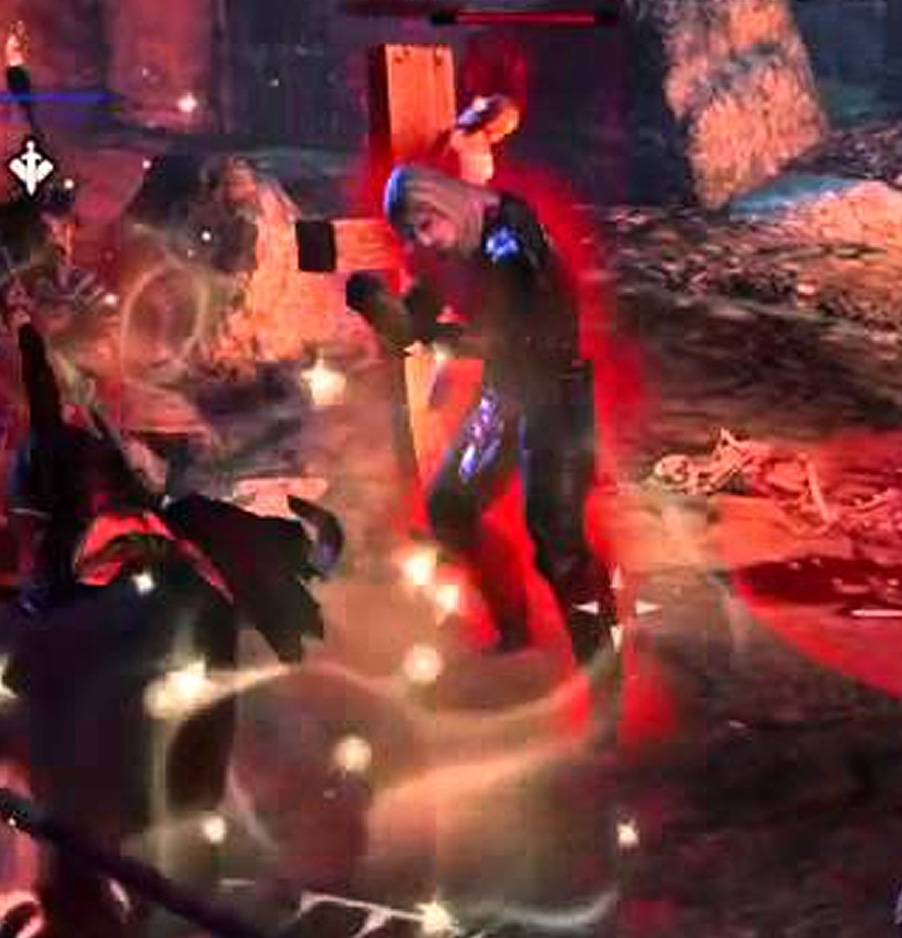 Here is a list of all the loot you can expect to find in Spindleclutch II. On normal the loot is blue and the boss does NOT drop a monster helmet, but on veteran difficulty all of the loot is purple and Rilis DOES drop a special monster helmet. Note Each individual boss can drop a unique item but generally the weapons and jewellery (non named items) come form the last boss) HOWEVER weapons and jewellery and regular loot can also drop from trash and chests, so loot everything!