This tank is designed to be able to build ultimate faster than any other build in the Elder Scrolls Online!

The primary role for this regardless of being able to protect the group from nasty mobs and bosses while holding agro and controlling the positions of the enemies is to pump out as MUCH ultimate usage as possible!!

We have 4 sets dedicated to building ultimate and we lose NO tankability at all! We have almost capped resists, great health, good recovery, good stamina (for blocking), plenty of CC, and can take a punch. We have everything a tank needs and more!

This on TOP of the traditional tanking base (strong take a punch, taunt, etc) is built to build ultimate as FAST as possible! BUT not just for you, for the group as well!

If we take a potion we gain 44 ultimate, and so do 3 more people due to the Arkasis set. It does have a 30second cooldown but multiples STACK (so yes other people in the group can bring the set too!) and we also have a 29-second cooldown on our potions! Meaning not only do we gain resources 15 seconds faster than usual (normally a 45-sec cooldown) but we only have to wait ONE second once the cooldown is off to gain the ultimate from using them!

With this, we also have Bloodspawn which can give us 13 ultimate once every 5 seconds if we are lucky! We also have passive ultimate regen which is 3 every second for 8 seconds so long as we light attack, heavy attack, or get hit within that time period, AND we have decisive meaning ANY ultimate we gain from ANY source can be +1 ultimate per tick/gain!

To go along with this we have 5 ultimate once every 10 secs due to our race, and finally…We are taking advantage of Drake’s Rush! ALL we have to do is BASH…just once, and for 12 seconds you and 3 other people have major heroism giving them rapid ultimate regen (3 ulti per 1.5 seconds). This stays with you and the group for 12 seconds and after 18 seconds from the original bash can be reapplied again. Making for a 12-second uptime and 6-second downtime. That stacked with Arkasis for the GROUP is absolutely insane!

We have an Asylum two-hander on the back, NOT for damage…but for advantage! If the enemy is low health and we spam the two-hander execute, depending on how low the health is, we can get up to 12 ultimate per hit! That is VERY fast executed ultimate building right there. Just be aware, block the BIG stuff on the sword n board, else you WILL die (two-hander does not have block passives do NOT get caught out..learn your mechanics).

We also have taken advantage of (if you wish to ) Exhilarating drain! This allows for healing per % of health missing per tick AND 4 ultimate a second. Bear in mind all of the above ultimate resources are actually subject to chance for decisive too. Each source per tick/proc can actually have +1 ultimate added to it.

And finally, the bread and butter of the necromancer, Necrotic Potency…Every single body on the ground can be consumed by you for 6 ultimate per corpse for free, + 10 more ultimate once every 16 seconds for doing so…and your PETS/resist buff count as DEAD BODIES, meaning you don’t even NEED to kill things to use it! This is INSANE!

You are not only a tank now but you are a massive asset to ANY group in ANY content in the game! This is designed specifically for dungeons and arenas, but can definitely be used in trials if the player is experienced enough. Even as an off-tank ulti builder in trials this can be VERY helpful!

Above all when using this, keep up your resources by heavy attacking between the big hits, keep your buffs and CC up, and suck up those corpses. You will be shocked at how efficient this is!

You have everything you need with NO risks except ONE…do NOT get caught out on the back bar. Block the big stuff on the front!

Remember when I’ve stated that there are endless choices in this game? Well, this build has been nuked twice now and each time we have adapted…and once me…we did it again! 😉 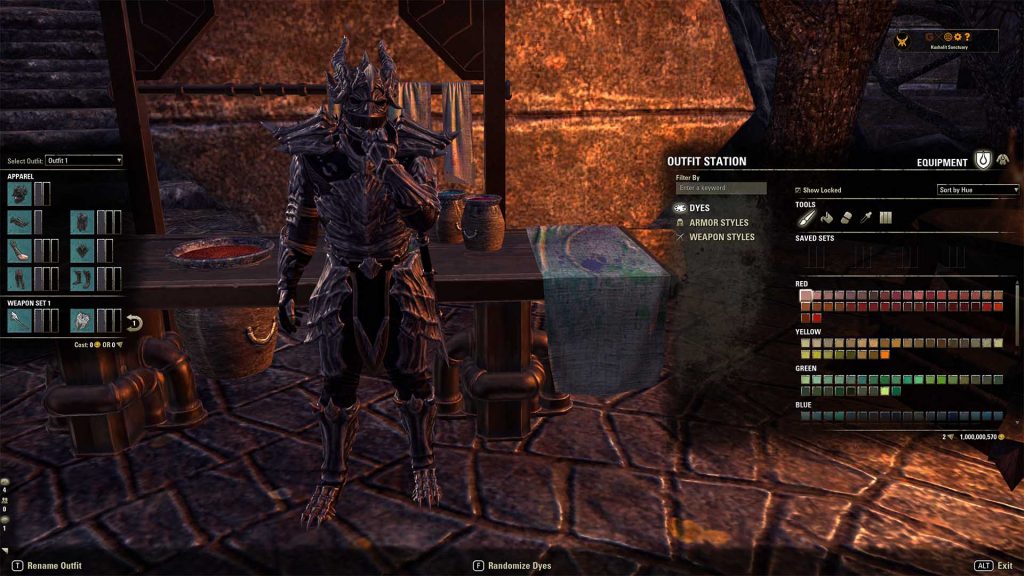 Potions really are up to you but they do offer recovery/sustain while give a burst of stamina/mag/health back at the same time depending on the choice of potion. I would highly recommend using Tripots if you can afford them BUT you can of course use trash magicka or stamina pots depending on how comfortable you are with your resources.

We are using the Atronach Mundus stone. All 64 Attribute points are into Health!
NOTE: You can alter this if you wish but that is down to personal preference. Not however any abilities that scale off of health will be affected negatively if you lower your health.

We are a NORD, You can use other races if you prefer BUT bear in mind you WILL lose the resistance bonus, ultimate regen, and some health/stam stats depending on your choice of race. Altering the race will require some tweaking of your overall stats and some traits. 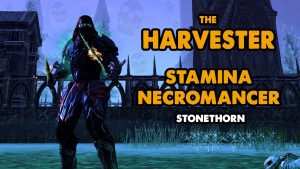 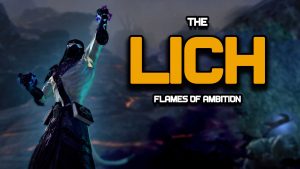 The Lich – Magicka Necromancer PVE Build Written guide updated for The Lost Depths DLC: Q3 2022 Older video but still relevant. What do we call this? Magcro? mMag necro? Magromancer?! Pick your poison, I’m sticking with Mag Necro, regardless of the term used to describe it, this class is