The LAZY TANK is finally here, thanks to some BIG changes in the Waking Flame DLC!

Generally, people have issues with Templar tanking because of their tool kit. Generally, most classes have a way to immobilize, meaning if you chain something in with a pull ability (which is a hard stun) you can then immobilize the enemy (root them) on the spot.

The Templar has NO immobilization skills. The only one you COULD take advantage of is from wall of elements with an ice staff but that is CHANCE based.

Realistically the only AOE control ability we could guarantee is with Time Stop from the Psijic Order skill line, however with that being a hard stun that causes a problem. You can chain stuff IN with silver leash, BUT because it is also a hard stun you cannot pull then pin…

This for the longest time has been a dilemma for MOST Templar tanks. Some people adapt with other classes/group members helping with immobilizes, others simply don’t tank with a Templar…

This is NO LONGER a problem!

This build is designed to solve this issue. It utilizes very specific sets to allow for FULL control of ANY fight.

We use a gap closer ability to allow for us to get in the fight fast BUT it has a bit of a bonus.

Generally, people struggle to taunt multiple targets and stuff runs around the room and you cannot control them quick enough, especially as a Templar. However, with the Tormentor set, taking advantage of Explosive Charge we can TAUNT anything that gets hit by that skill!  YES, that means we have an AOE TAUNT!

Also…another clever part of the build. We are utilizing a new set called Rush of Agony! This set is also very unique in that it makes you chain/pull ALL enemies within the radius of the proc and it is ALSO applied with gap closer/pull abilities.

SO basically, you use Explosive charge, and instantly PULL in aoe and Taunt in aoe all at once! One button to rule them all!!

One more MAJOR bonus and this fixes the initial problem of the lack of immobilization…Rushing agony pulling does NOT…I repeat, does NOT apply a hard stun to pulled targets!

You pull and taunt all at the same time with ONE button and THEN drop a time stop to stun everything in aoe!

Jump in, agro it all and pin it to the ground.

There are some other huge bonuses to this setup in terms of survival of course too AND a group buff.

Our rune focus can heal us every second so long as we stand in it and so can our extended ritual if using it which feels like we are wearing the Leeching Plate set even when we are not. And finally, the monster set is capable of giving the whole group (4 people) minor courage and resolve, promoting resistances and damage potential. All you have to do is heal yourself with a single target heal, simply put, stand in your rune!

This build is incredibly easy to use, designed for ALL players of ALL experiences, and especially great for the WoW refugees getting into the game looking for that AOE taunt and control! This is designed strictly for 4 player content (all arenas and dungeons) but CAN do ALL trials. You will have to change your monster set however if doing trials because it only covers 4 people. So there is some flexibility there if you want to go for some of the harder stuff.

Important notes about the build:- 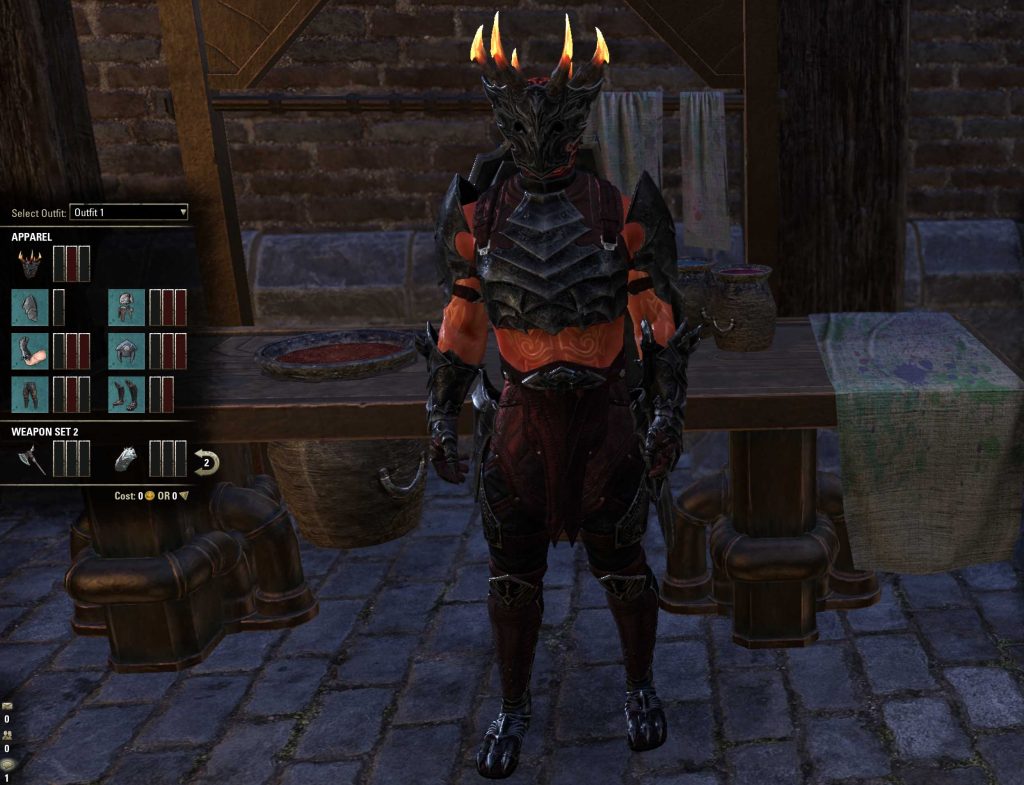 As demonstrated in the video, our fabulous setup and dress choice for this character are as follows:

The two colors we are using are Legate’s Black and Daedric Red.

You could also swap out Pierce Armor with Razor Caltrops.

What you do with this tree is NOT make or break for mechanics or combat in general just quality of life.

You can also swap out Strategic Reserve for Spirit Mastery which makes you rez much faster.

Potions really are up to you but they do offer recovery/sustain while giving a burst of stamina/mag/health back at the same time depending on the choice of potion. I would highly recommend using Tripots if you can afford them BUT you can of course use trash magicka or stamina pots depending on how comfortable you are with your resources.

We are using the Atronach mundus and we have 64 Attribute points into Health.

We are an Imperial but other races are also usable. Orc, Argonian, or Nord are good substitutes. 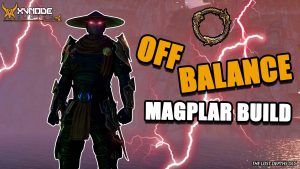 Off Balance – Magicka Templar PVE Build Written guide and video updated for The Lost Depths DLC: Q3 2022 https://www.youtube.com/watch?v=b3aKzVnS6-M This PVE Templar magicka DPS build was made for players of all skill levels. Of course, the more advanced player will get more out of it but this will perform 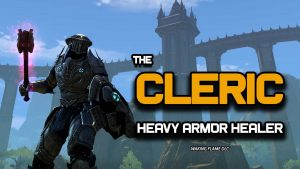 The Cleric – PVE Templar Healer Build Written guide updated for The Lost Depths DLC: Q3 2022 Older video but still relevant. If you have played fantasy RPGs or MMORPGs or even tabletop fantasy games in the last 20-30 years, you will know that MOST of the time, generally, HEALER-type 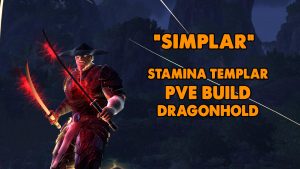 Simplar – Stamina Templar PVE Build Written guide updated for The Lost Depths DLC: Q3 2022 Older video but still relevant. This build is made purposely to be solid with damage, survivability, sustain and damage all in one place! Gear is easy to acquire in comparison vs what is considered