Older video but the written guide is up to date.

The Elder Scrolls Online Stamina Necromancer build! Wait…What do we call this? Stamcro? Stam necro? Stamancer? Stamromancer?! Pick your poison, I’m sticking with Stam Necro, regardless of the term used to describe it, this class is INSANE!

This stamina Necromancer build is built for HIGH DPS and MASSIVE ultimate gain! The point of the ultimate gain is of course to be able to use ultimates as much as possible but with a much higher group beneficial purpose!

The Necromancer is equipped with a buff EXCLUSIVE to this class only! The colossus ultimate, has a built-in Major Vulnerability which increases all damage done to the targets affected by 30%! While this is a short-duration buff it is the ONLY one of its kind in the game. So to fully utilize this you need either multiple necromancers staggering this ability OR high ultimate regen for more uptime…OR BOTH!

As a Necromancer, you DO have pets and you CAN raise the dead but the Necromancer is very different in comparison to the many you may have seen in other games. The pets that are controlled by the Necromancer instead of being lifelong companions/minions, are in fact “fire and forget” burst damage and time periods of power!

Unlike the sorcerer you do NOT need to double bar your pets or else they will die, they are fired, they do their stuff and then they are gone. Ready for you to fire off a NEW one constantly summoning more and more disposable pets as you go.

The BIG bonus to these pets and types of spells/skills is that the Necromancer ALSO can utilize corpses! Much like the Templar can consume corpses for the sake of stamina return and heals, The Necromancer (depending on skill chose) can heal, regain stamina, magicka, and even ULTIMATE! Yes, you can actually CONSUME ultimate with the Necrotic Potency skill, from dead bodies…And here is the crunch…
Those skeletons, minions and skills you fire and forget, actually lay down corpses once they are dead! WHICH by the way, YOU can CONSUME with Necrotic Potency!
So, not only can you consume enemy corpses, but also FRIENDLY ones as well!

If you are new to the Necromancer you can of course spam abilities, look awesome, and have lots and lots of fun. BUT if you are advanced enough, or understand enough of the class to have very good situational awareness and understanding of their passives and skills, you can become VERY powerful indeed!
To be a good Necromancer you need to know what is going on around you, time your attacks, strategically place skills to benefit you, and always keep an eye on those dead bodies.

This can be somewhat of a selfish class, and let’s face it, a Necromancer SHOULD be since it utilizes sacrificial type abilities for personal gain, BUT at the same time, if used well can be extremely beneficial to any group! Their power is incredible if wielded correctly.

This build overall has high damage as initially stated, but it also has very good survival. The orc passive for healing from weapon abilities is already a nice touch, our Necrotic Potency ability also heals us for consuming corpses as well as gaining ultimate…And utilizing Briarheart actually means that while devastating the enemy with constant damage, you can constantly HEAL when you critically strike. Being that one of our main passives is actually a crit chance INCREASE, our damage AND survival actually goes UP when targets are low health due to the sheer amount of crit output!

One more major bonus to the Stamina Necromancer specifically is its damage TYPE! It has a mixture of poison and disease meaning poison status effects(single target 6-second damage over time effect) and disease status effects (minor defile reducing healing received and health recovery by 15%) are both VERY active, so you can cripple the enemy with high uptime of both. And above all as far as the damage TYPE is concerned is, this class is a jack of ALL trades!

Instead of being a heavy single target, or heavy DOT, or heavy direct damage, it actually has a balanced combination of all 3! We have GREAT damage over time, huge direct damage, and a LOT more aoe potential in our class abilities than any other stamina setup utilizing class skills.
Also, the way that abilities can work in tandem with other abilities of the Necromancer, make this feel much more like a “class” rather than a character using “weapon skills”. We still have a couple of weapon skills for sure, BUT we can and DO use a LOT of class abilities on this setup making it feel VERY unique!

Most stamina struggle with an area of effect damage but this does NOT.  For once a stamina class setup can borderline MATCH the potential of some Magicka setups while NOT sacrificing a single target to do so!

One more thing to note for our survival…we have 1250 extra health JUST for being a Necromancer in our passives! How awesome! This means recovery food does not make us “ultrasquish” like many other classes! 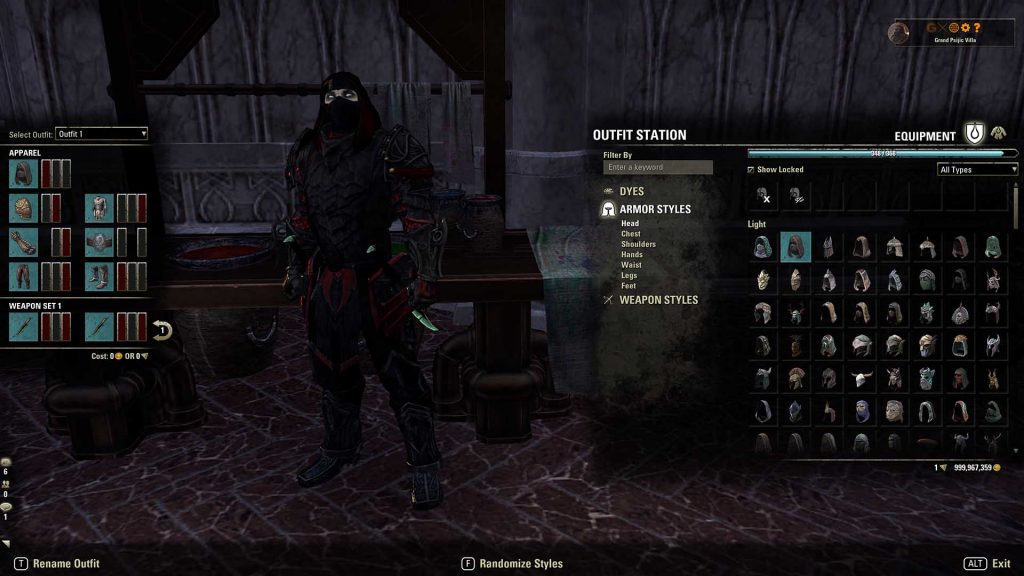 Use Necrotic Potency as and when you feel like scooping up bodies, if you have it slotted. Apart from that, the rotation never changes. ENJOY!

Potions really are up to you but they DO offer a crit chance bonus AND a 20% increase to your weapon damage and recovery while give a burst of stamina back at the same time.

Food is very simple, the highest level food you can consume with 2 stats only, MAX health and MAX stamina. There are 3 variations of recipes but all are the same in the stats they give so your choice which one you use.

We are using the Thief mundus stone. We have 64 Attribute points are into stamina!

We are an Orc but other races are also usable. Redguard, Wood Elf, or Imperial are good substitutes, also some people like the Khajiit.

While daggers are more crit change and axes are more crit damage, so it makes sense to only have axes if your crit is HIGH (and ours is so so) when it gets to execute, our crit CHANCE goes up dramatically, so that is when the axe starts to kick in.

Necromancer passives, bloodthirsty, and crit damage all at the same time at low health does actually make a substantial difference on the build. BUT if you prefer you can stick with two daggers instead. Your choice!