Historial Background Of The Orcs

Orcs are also knowns as Orsimers.  They are often seen as barbarians because of their looks and their tribal nature.  Some refer to Orcs as beasts.  In reality, they are noble warriors with an ancient culture.

Orcs live under a code of honor where the strong survive and the strongest rule.  They place a high value on fighting and are considered brave warriors.  Orcs are noted for the unshakable course in war and unflinching endurance of hardships.

Lore tells us that Orcs are extremely skilled blacksmiths and their weapons are world-renowned.  Orcs do have elven blood.  Although some of Tamriel consider them uncivilized beasts, the Orcs are as civilized as any of the other races.  Orcs consider themselves to be stern yet fair.  Orc warriors in heavy armor are among the finest front-line troops creating fear when using their berserker rage. 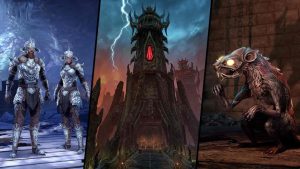 December’s holiday Crown Store will bring a home, houseguest, furniture, and more. Check out the guide for all things housing. 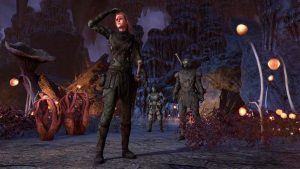 The Elder Scrolls Online 2021 Recap – All The Stuff And Things

In Update 32, The Elder Scrolls Online has brought our characters base game changes that greatly improve the quality of life in Tamriel. 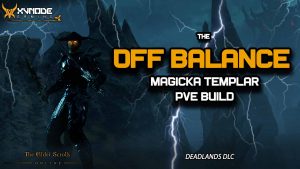 Off Balance Video & Written Guide Updated For The Deadlands!

This Magicka Templar build is designed to have a BALANCE of both single target and area of affect combined! Balanced for players of all skill levels, this is a simple yet effective Templar.