Learn about the Khajiit race in The Elder Scrolls Online. Each ESO race comes with its own unique passives. What do Khajiit offer?

Khajiit As An ESO Race Option

Lore says that the Dominion seeks to reestablish Elven dominance over Tamriel in order to protect it from the carelessness of the younger races.  Players selecting this faction will begin in Khenarthi’s Roost after their escape from Coldharbour.

Historial Background Of The Khajiit

The Khajiit are cat-liike people who come from Elsweyr.  They are known throughout the land for their high intelligence and cat-like agility.

While they are good thieves and acrobats and fearsome warriors, Khajiit are rarely mages or sorcerers.  They differ anatomically from humans and elves because of their fur, tail, and metabolism.

Lore tells us that Khajiit are a beast-race with a lifespan similar to that of humans.  Khajiit often enjoy Moon Sugar (commonly called Skooma) using elaborate pipes to consume it.

They have also developed very distinct armor and weapon styles that have become iconic with moons used as symbols.  With a fearsome attitude in battle, Khajiit are considered the strong arm of the Dominion.

Within the game, Khajiit are described as: The racial skills of the feline Khajiit reflect their natural versatility and guile, giving them bonuses to pickpocketing, stealth, resource recovery, as well as base health, magicka, and stamina. These bonuses help them thrive in many ventures of life.

This passive is unlocated at the player level of 1.  It increases the experience gain with the Medium Armor skill line by 15% and increased the change to successfully pickpocket by 5%. 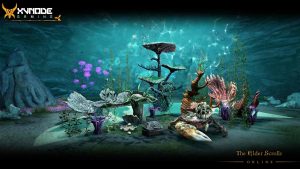 The Elder Scrolls Online Crown Store will bring ESO players new homes, and more. Check out the guide for all things housing for April 2022. 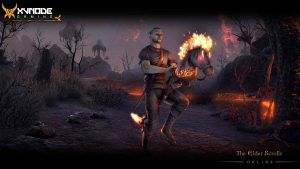 Pets & Mounts arriving in the ESO April 2022 Crown Store can be previewed here! Take a look at these options and add them to your collection. 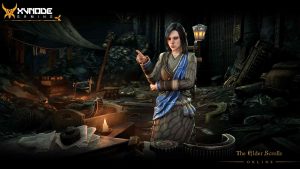 Travel with a TEAM of allies to explore Tamriel. You can hire a banker, merchant, armory assistant, and now a deconstruction assistant.