Learn about the Imperial race in The Elder Scrolls Online. Each ESO race comes with its own unique passives. What do Imperials offer?

Imperials As An ESO Race Option

Imperials are quite unique in that they do not belong to any of the three alliance factions.  You may choose which alliance you’d like to join with an Imperial.

Historial Background Of The Imperials

Imperials are also known as Cyrodiils, Cyro-Nordics, and even Imperial Cyrods.  Imperials reside in Cyrodiil and the Imperial City.   They are considered to have a Nordic background yet appear as a race on their own.

The Imperial culture is very cosmopolitan.  They have wide international sophistication and great cultural diversity.    Since Cyrodiil borders nearly every other province, the Imperial society became the central hub of cultural diversification.

Lore tells us that Imperials like colorful clothing, participate in elaborate ceremonies, and love tattoos and philosophy.  They are skilled and shrewd diplomats and excellent traders.  Even Imperial vampires are considered to have a semblance of civility.

Imperials are well-practiced at maintaining order.  They are well-spoken, well educated, and have immense respect for the law.  Imperials are also known for their tireless disciplined training of their citizen armies used to promote peace and prosperity within their society.

Imperials have a very negative view of all Daedra because they believe their proud Empire which has now collapsed is due to a Daedric invasion.  However, they have not banned the Daedra from Cyrodiil and permit the Mages Guild to summon them.  Diplomatic Imperials understand the general population’s hostility toward the perceived enemy and encourage those who want to participate in Daedra worship to do so secretly.

Within the game, Imperials are described as:  The racial skills of the Imperials reflect their combat training and perseverance in battle, giving them bonuses to gold drop rates, shield proficiency, base health and stamina, and resource recovery when fighting back, making them resolute fighters.

This passive is unlocked at the player level of 1.  It increases the experience gained with the One Hand and Shield skill line by 15%.  It also increases the gold gained by 1%. 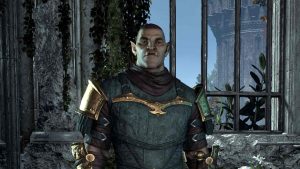 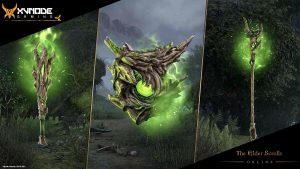 Fashion in ESO is a game all its own. The July ESO Crown Store brings us more fashionable motifs, costumes, and style pages. Check it out! 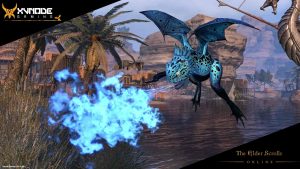 Pets & Mounts arriving in the ESO July 2022 Crown Store can be previewed here! Take a look at these options and add them to your collection.