Learn about the Dark Elf race in The Elder Scrolls Online. Each ESO race comes with its own unique passives. What do Dark Elves offer?

Historial Background Of The Dark Elves

The Dark Elves are originally from Morrowind in eastern Tamriel.  That homeland was invaded many times by the Nords, and others, turning the Dark Elves into seasoned warriors.  They have a natural ability of all things magic and a great intellect and make skillful sorcerers.

Lore tells us that Dunmer are ash-skinned and typically red-eyed elves.  ‘Dark’ to some may mean evil, but it was actually interpreted as meaning dark-skinned, or gloomy.  The combination of the Dark Elf intellect and strong agile physiques produce superior warriors and sorcerers.

It is said on the battlefield, Dunmer are noted for this skill with swords, bows, and destruction magic.  While others call the Dark Elves proud, ruthless, and cruel, they are grim, aloof, and reserved.  They also distrust all other races. 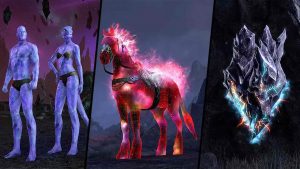 Get ready to gaze towards the stars! These amazing Celestial gifts are waiting to be seized in Crown Crates released today in the Crown Store! 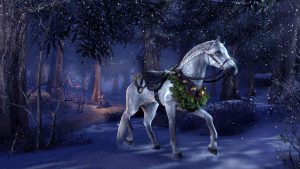 Pets & Mounts arriving in the ESO December 2021 Crown Store can be previewed here! Take a look at these options and add to your collections. 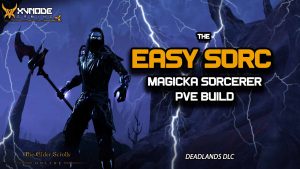 Incredibly easy to use for all players. At the lower end it ‘works’, and at the higher end it excels! Easy Sorc is carefully balanced for single target and AOE damage.